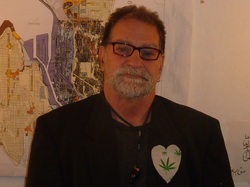 voter pamphlet photo before state press editors put their shears to it.
Open government and wide open safety net for those who are differently abled, diffabled, especially when it applies to designs for public facilities, like Jack Block Park has been done: http://arcwa.org/resources/John_Dickinson_D37_P1.pdf
http://www.thestranger.com/seattle/endorsements-for-the-august-primary-election/Content?oid=20115881

Sharon Tomiko Santos is the only legislator we met who refused to come back to Olympia to vote for the special-session Boeing deal, but other than that—and yeah, that's quite something given her colleagues—it's hard to get excited about the mostly bland record of this 15-year veteran legislator. But the two dudes running against Tomiko Santos are jokes: Daniel Bretzke opposes background checks for gun purchases (WTF?!), and John Dickinson wants to wear Google Glass to Olympia. Because: "When you think of 'transparency,' what word do you think of? Glass!" Seriously. Tomiko Santos, meanwhile, supports a graduated income tax for people and businesses, something our state needs so desperately that a single mention of it can bring the entire SECB to orgasm. VOTE TOMIKO SANTOS. 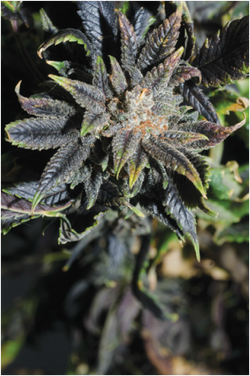 PSA The war on drugs is over. Get the word out.
Tell your representatives that beginning with
cannabis, the failed drug war of the past forty
years is over.

The failed war on drugs is over, almost. World
leaders and private individuals are uniting to say
“the war is over, enough is enough”. Over a trillion
spent, millions of lives destroyed, have only
resulted in cheaper drugs, more powerful drugs,
and an increase in crime.

The few links below with their times noted,
explain how the billions that will be saved could
be spent. Please visit the two part interviews
with Eugene Jarecki, director, THE HOUSE I LIVE IN,
for a thoughtful discussion of the reasons the war must end. Watch the complete
movie with tissues as the director exposes the failures of this war with its economic and
racial implications.
Part 1 00:06:35

The past: John says hello and discusses piracy and politics live
on MSNBC, until the politics part. 00:06:10

The war on drugs is nearly finished. Realities of
its costs are replacing the fears that have fostered
the war's continuance.

The war on the poor expands daily. See John's policies on
regressive taxation, IKEA houses in a box and the LoWay
location for them approved by Seattle City Council.

The war on pedestrians expands with daily reports of
tragedies on our streets and in our crosswalks. See John's
SIPP program, the Temporary Traffic Awareness Project, in
place and in evaluation this past year within the borders
of our 37th legislative district.

The war on education. See John's policies on education,
with totally new approaches. John recommends a paradigm
shift that focuses on Pre-K education using large steps,
not baby, and commitment to a fix.

The war on the nation's infrastructure. See John's
simple solutions.

The war on the amendments to our Constitution.

The war on accountability and transparency in our
government.
This is easy, the easiest war to end in the digital age. 00:01:50


Crises Epidemics exist only to sell press and tax.


DRUGS: John shows his commitment to end the war on drugs
by smoking medical cannabis several days after legalization
at the annual King County Organizing Committee Meeting to a
good round of applause.


EVERGREEN, the war is not over. The Washington State
Liquor Control Board has spent millions since the
peoples'Initiative 502 was passed with a large majority.
The liquor folks are making cannabis 900 more ways to be
illegal with rule changes. Democrats, mostly opposed to
legalization of a Schedule 1 narcotic, submitted bills
immediately seeking money for the children and police
in their districts. They didn't know or care that it
takes a super majority to destroy a peoples' initiative,
especially one that was so overwhelmingly passed by the
people.

Tell Sharon Tomiko Santos, co-sponsor of the Cody Bill,
written to destroy a legal cannabis infrastructure, that
Colorado used its existing cannabis industry to open
its doors to pot on January 1st, the first to the table.
Tell Sharon to listen to the will of the people "Leave
cannabis alone and her marijuana money will come.
Does Sharon tell the children in her district that while
she wants to continue the war on drugs, she wants to
make money from the sales of this particular Schedule 1
narcotic? Does she tell her voters their votes don't
matter?


Sir Richard Branson’s Big Idea for 2013:
"End the War on Drugs"
His son's movie effort: BREAKING THE TABOO has nearly
one million supporters. Sign up and show your support to
end this war.

Make your own nine second video:
"I'm John Dickinson. We're breaking the taboo in Seattle."
Post on Vimeo or Youtube and send John the link.


Find time to watch the entire movie with thoughtful
discussions between world leaders. 01:53:45


SignUp, be heard, show your support for the end of
the war here: Takes just 20 seconds to voice your opinion.

Sir Richard Branson and many others are Breaking the Taboo. 00:00:21

Intelligence Squared: Time to end the War on Drugs
debate with world leaders. 02:09:55


Later Sheriff John Urquhart also gave powerful
testimony to Congress.
He makes one point very clear, "I will follows the woice of the voters."

WA Liquor wants no part of drug education. "Impounds"
the drugs and gives them to Mt Vernon police. 00:0:58

The Tacoma hearing was a bit heated with John calling the Liquor Board
not trustworthy, lying, and deserving of a vote of no confidence. @ 3:50
http://archive.org/details/scm-223413-all-day-livewillpwilsonmediac