22 January 2015, hundreds of lobbyists supported by Americans for Safe Access, met in Olympia, WA, to make their voices heard. They were there to meet their Representatives who feel like they can make decisions concerning their constituents' health. Gary and John visited Representative Hurst from Black Diamond. Two others, one an owner of Marijuana Universe, a farmers' Market setup, were there to reach the Rep's ear. They were all there to plead to allow medical cannabis to exist without the proposed Reefer Insanity rules and regulations that  this Representative proposes:
http://tvw.org/index.php?option=com_tvwplayer&eventID=2013091005#&stop=9799 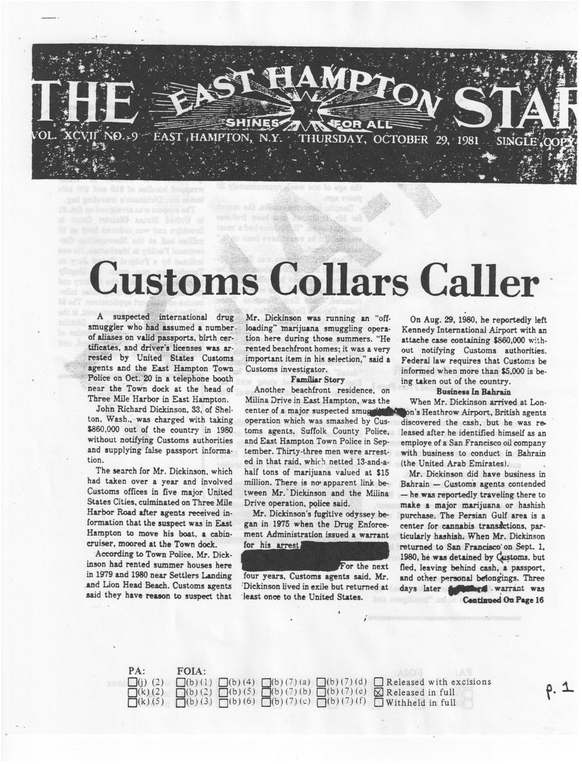 John offered Representative Hurst a resume, a letter  and news clipping of his bona fides. John asked that the materials be passed to the Governor in hopes that he might be selected to head up a new board removed from the influences of liquor. A new board has been proposed in many of the new bills and proposals. Perhaps John's intimate knowledge of the industry and education in public administration would be sufficient to head up a Cannabis Health Initiative? John handed him the paper, and has not heard a word of response. 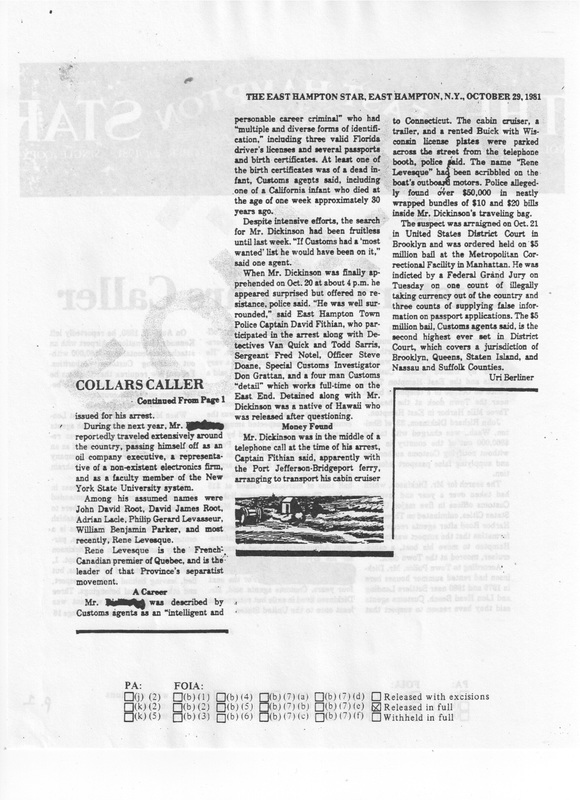 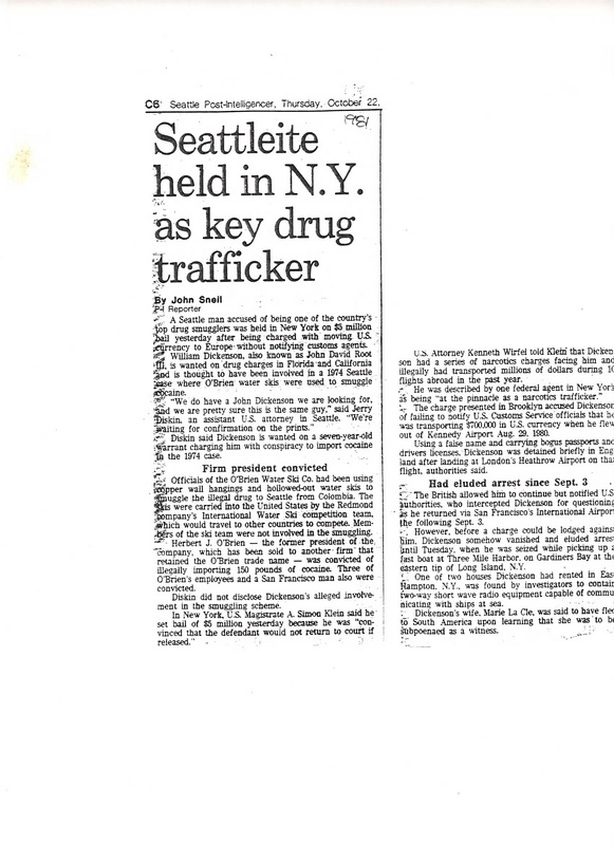 
This letter with enclosures is written to urge your offices to form a board for the emerging
cannabis industry in Washington. The board should be independent of the influences of the
Liquor Control Board, who have these past two years refused to learn about the cannabis
industry in our state, and have  eliminated our first out the gate status. Most people in the
world erroneously now “know” that Colorado was the first.

Briefly, the cannabis industry in Washington employs many thousands of hard working citizens
in this three billion dollar enterprise. Our state is famous in the US for having produced
consistently the top and most demanded products in the US. Washington is the second largest
producer of indoor cannabis, a highly sought after trait. We are also the fifth largest exporter of
cannabis to other states with a value of $1,500,000,000+ yearly.

I personally am well versed in this industry having partaken in my first experience in 1966,  at
the Ye Olde College Inn on University Avenue while working at Boeing.  A few years later I began
my world travels to learn more about this amazing plant until I became the largest importer of
hashish in America.

I remain sincerely yours, John Dickinson

On April 24, 2015, Gov. Inslee signed 2SSB 5052, the Cannabis Patient Protection Act (PDF). This
act creates licensing and regulation of all cannabis producers, processors and retail stores under
the oversight of the renamed Washington State Liquor and Cannabis Board (LCB). It also directs
the Department of Health to complete tasks that include contracting with a third party to create
and administer an independent medical cannabis authorization database, and adopting rules
relating to the operation of the database.  Effective July 1, 2016, when the database under
development becomes operational, patients and designated providers may then be entered into
the database by presenting their authorization to a licensed retail store with a medical cannabis
endorsement.  At that time,  cannabis possession amounts change depending on whether the
patient or designated provider is entered into the database.

I represent the US PER Council, a Washington State non governmental organization since 1991.
Reflecting our interest and concern for public policy influencing the quality of life and
circumstances of Washington State residents, the US PER Council has had an abiding interest
in the evolution of medical cannabis use. Initially as an interdicted therapy throughout the
United States, cannabis is well described as culturally rooted worldwide for millennia.  In
accord with the Washington State Department of Health's mandate to have an independent
registry for medical cannabis patients, the US PER Council is conducting a longitudinal study
that will aggregate the findings derived from individual patients’ voluntary information regarding
their patterns of cannabis use along with their coexisting prescription medications.  Identifying
data would be held confidential to ensure protection of patients' rights to privacy.

While keeping the strictest levels of patient privacy and security, visual information is generated
through patient input generating documentation.

As the data are entered, applications are employed that create an ever changing visualization:

This longitudinal study establishes conditions that past research has indicated are likely to be
affected by some form of cannabis use: PTSD, depression, pain, short term memory loss, cancer
(cure not just nausea), diabetic neuropathy and most importantly antibiotic resistance infections.
The study explores other issues for which suggestive accounts bear consideration.

I would like to develop an understanding of what sorts of data the Department of Health
anticipates assembling in the registry that will become operational in 2016.  Statements I have
encountered have discussed the issue in the broadest of terms, but my impression is that some
sense of the registry’s essential structure and implementation is supposed to take place by July
24, 2015.  I would appreciate the opportunity to discuss with Department of Health staff what
they project for a development cycle and how they will select participants in it.  I can be
reached at the land mail, email, and telephone addresses listed above.  Thanks for your attention.

Last night I testified at the Departments of Alcohol and Health comment session as I have done
since the first forum in Olympia two years ago. I was cautiously excited with the potential of
legalization of cannabis back then. Upon first reading of I-502, I predicted, and told many that
this peoples’initiative would make cannabis illegal in 502 more ways. Until last night’s meeting
I held out hope for some sanity in the State’s rush for money.

“We fight crime Constitutionally”  so states your homepage. The newly crafted SSB 5052, the
Patients Protection Act (sic)(sic), is a direct slap to the voters who overwhelmingly voted for 502
and its written promises to leave medical cannabis alone. This Patients Protection Act is filled
with unconstitutional conditions if you want to be a patient, with the intent to abolish medical
cannabis.Last night I kept my testimony to the two and a half minutes. I described myself as a
fifty year user of medical cannabis having been told by doctors my life would be a short one.

I asked one question, if they had disbursed funds every three months as required. “This is
for comments, no questions.” I had known the answer.

If you would spare some precious time with the links, especially to watch The Scientist, I
would be pleased to meet with you and explain how you would be able  to take the
national/global lead with this inevitable UN pathway to end the war on drugs.

I remain sincerely yours,
John Dickinson

The  Telegraph Breaking the Taboo, trailer: Bill Clinton and Morgan Freeman back endig the
war on drugs documentary

THE SCIENTIST The story of Dr Mechoulam, grandfather of THC.

Finally -  a change in course on drug policy. From Branson blog: Sir Richard leaks memo
from  UNODC.  "The paper spells out in clear terms and based on extensive evidence:
there are strong arguments for treating drugs as a health issue and not imprisoning or
otherwise criminalising people for personal use or possession of drugs. “